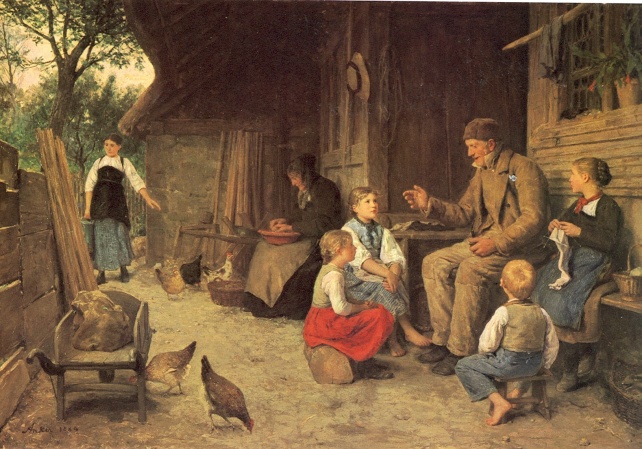 I have always been fascinated with the art of storytelling. I was a storyteller before I was a writer. My favorite thing to do when I was little was to go on walkabouts with my two younger cousins making up stories about oddly shaped rocks, twining trees and little lakes, as we wandered through changing landscapes of forests and mountains. Perhaps this talent came from my mother. I will never forget the storm-torn tree with the roots reaching for the skies. It was a magical gateway to another world. A world only my mother knew about. And now me. A miniature world of trolls and elves. And I, with the magical eyes of childhood, saw it all. Or perhaps it was my grandmother who taught me to tell stories. I could not get enough of the stories she told about a wonderful land called Yesteryear. Or her folktales, always with a wicked modern twist to make me laugh.

When I learned how to write, my writing was first and foremost a way to record my stories. Whenever I wasn’t busy playing you could always find me scribbling something in a notepad or sketching odd characters and fantastical sceneries in a drawing book.
Some of the stories turned into movies which my big brother shot with my father’s old fashioned video camera.

When I was eight I started writing poetry. I learned the magic of words. Poems were little stories about emotions. And these stories outshone the longer narratives in my teens. Today my writing is a mixture of storytelling and creative poetic writing. 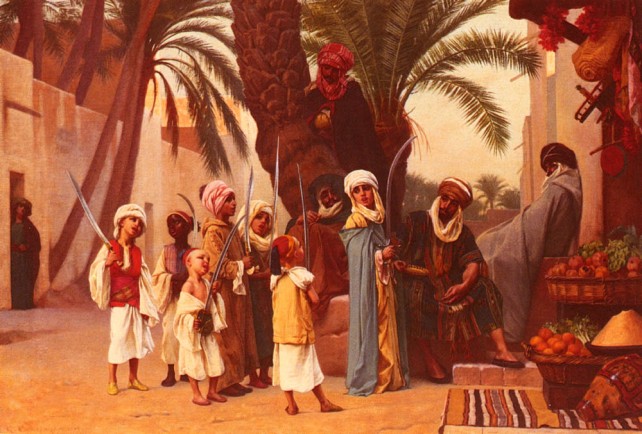 The tradition of storytelling is old. Older than recorded history. Storytelling was the way to record history in ancient times. It was a way to teach moral, explain natural phenomena, carry on culture and traditions, and of course, to entertain. In the Norse part of the world, we had the Skald. The skald was a poetic storyteller, often working for the king. He composed actual events into epic heroic sagas, creating heroes and adding valor to kings. Our most famous Skald is Snorri Sturluson, an Icelandic poet who composed the epic Prose Edda. This Prose is still taught in schools today, and is a valuable source to understand ancient history and traditions in the Norse world.

Other famous storytellers in Norway are Asbjørnsen and Moe. During the National Romanticism in Norway in the late 18th century, there was a general revival and interest for the old Norwegian traditions and culture. This was also true for the Norwegian folk tales and fairy tales. These tales had been told on farms and around bonfires for many many years, but had never been written down. Asbjørnsen and Moe took it upon themselves to collect these folk tales and publish them in two volumes. They traveled around the country from farm to farm listening to stories and writing them down. They were also known for re-telling the different stories to the children they met on their journeys. The two volume of folk tales collected by Asbjørnsen and Moe have never been out of print since they were first published in 1841, and rarely will you find a Norwegian home without one version or the other of this Fairytale collection.

I was so lucky as to meet one of the more modern storytellers in Norway, on the Iron Age farm in Stavanger. Nina Næsheim is a professional storyteller who specializes in Norse myths and legends. It was a very special moment sitting inside the ancient stone farmhouse with the rain tapping on the roof and candles swaying in the draft listening to Nina Næsheim telling stories about the Jotne, Thor, Freya and Odin’s Ravens. Seeing a professional storyteller performing a narrative is something completely different than listening to a book being read out loud. It is then you understand that storytelling truly is an art.

I met another such contemporary storyteller in Galway, Ireland. Ireland, with its Celtic heritage, has a rich tradition of storytellers, or seanchaí as they are called in Ireland.
The stories often include the mythical Fey Folk, or faeries as we call them today. But these faeries are very far from the Disney fairies we see on screen today. The Irish Faeries were cunning and mischievous and often downright wicked, stealing babies and luring bachelors into Faerierings.

Eddie (Edmund) Lenihan is a famous contemporary Irish storyteller who specializes in tales about the Faerie folk. Eddie is featured in the film ” The Faerie Faith”, and claims that the Faeries actually exist. His stories are often modern and stars people who have actually had encounters with this mythical folk. I met Eddie Lenihan in Galway during the yearly storytelling festival. His performance was exceptional, and he captivated his audience, young and old, with his dreamy deep voice, his shape shifting facial expressions and his faerie like body language. 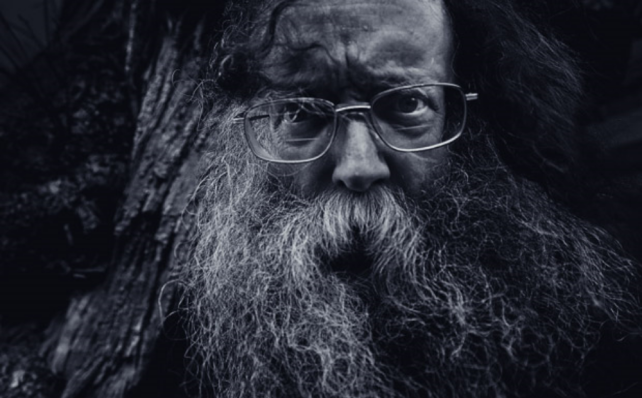 The Irish seanchas were not only the bearers of Faerie Lore, they were also essential in the Druid tradition. Druids were Celtic priests, or wise men, who were called upon to perform weddings and funerals. They were also the holders of the secret knowledge and were considered to be wise and knowledgeable. They often shared and distributed this knowledge in the telling of stories, symbolic tales conveying hidden messages for the listeners.

I met a Druid priest on the island of Inish Mor in Ireland. He was a former catholic monk, but had converted to the old faith in recent times. He spent his days studying ancient knowledge and mysteries, and some of this knowledge he shared with me,standing in the stone ruin of an old monastery facing the boisterous Atlantic Ocean, his tales came alive before my very eyes as the skies and seas shifted and roared and spat out the secrets the Druid called upon.

We all tell stories. Perhaps funny anecdotes from our own lives, or perhaps stories we’ve heard told about someone else’s misfortune or success. We are made up of stories, memories, moments of learning, experiences, our stories make us who we are. Humanity has always had a fondness for gossip, for eavesdropping, just look at today’s reality shows and social networking. Sharing our story becomes important, it is how we leave our mark on this world, it is how we prevent the sea from washing out our footprints. 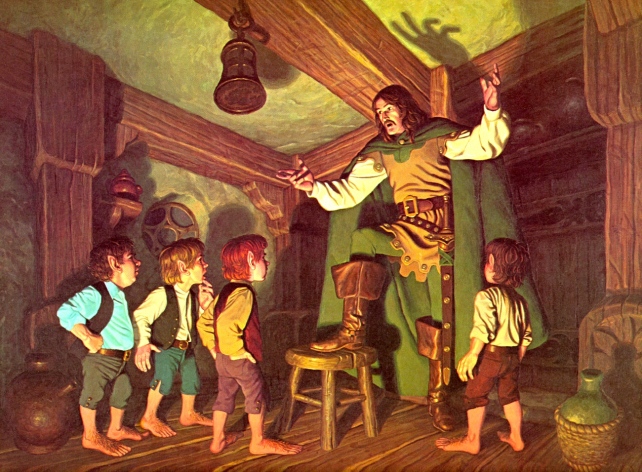 Art by the brothers Hildebrandt

Whenever I go through something difficult, as we all must do in life, I think of my life as a story, a quest, a heroic tale, something that will grow in interest, excitement and richness, the more adversary I go through. For after all, what is a story without a plot, what is a tale without a quest, what is a saga without a hero? Or in the words of Samwise Gamgee from Lord of the Rings:

“It’s like in the great stories Mr. Frodo, the ones that really mattered. Full of darkness and danger they were, and sometimes you didn’t want to know the end because how could the end be happy? How could the world go back to the way it was when so much bad had happened? But in the end it’s only a passing thing this shadow, even darkness must pass. A new day will come, and when the sun shines it’ll shine out the clearer. Those were the stories that stayed with you, that meant something even if you were too small to understand why. ”

* All the images have been sourced from Wikimedia or Wikipedia